In my opinion, the story of “Frankestein” is a story about slavery and really it is a political essay, exposing the truth. When the character Frankenstein always feels like he doesn’t belong here. He was like a monstrous character and was not treated well when he still had to do hard work but was not taken seriously, they took it for granted. They thought he was different and was only born to serve people. They oppress him and oppress his thoughts when they don’t want him to have feelings. As much as at the time, we can clearly see that Frankenstein represents people of color when they are not always treated the same as other people just because of different skin color. 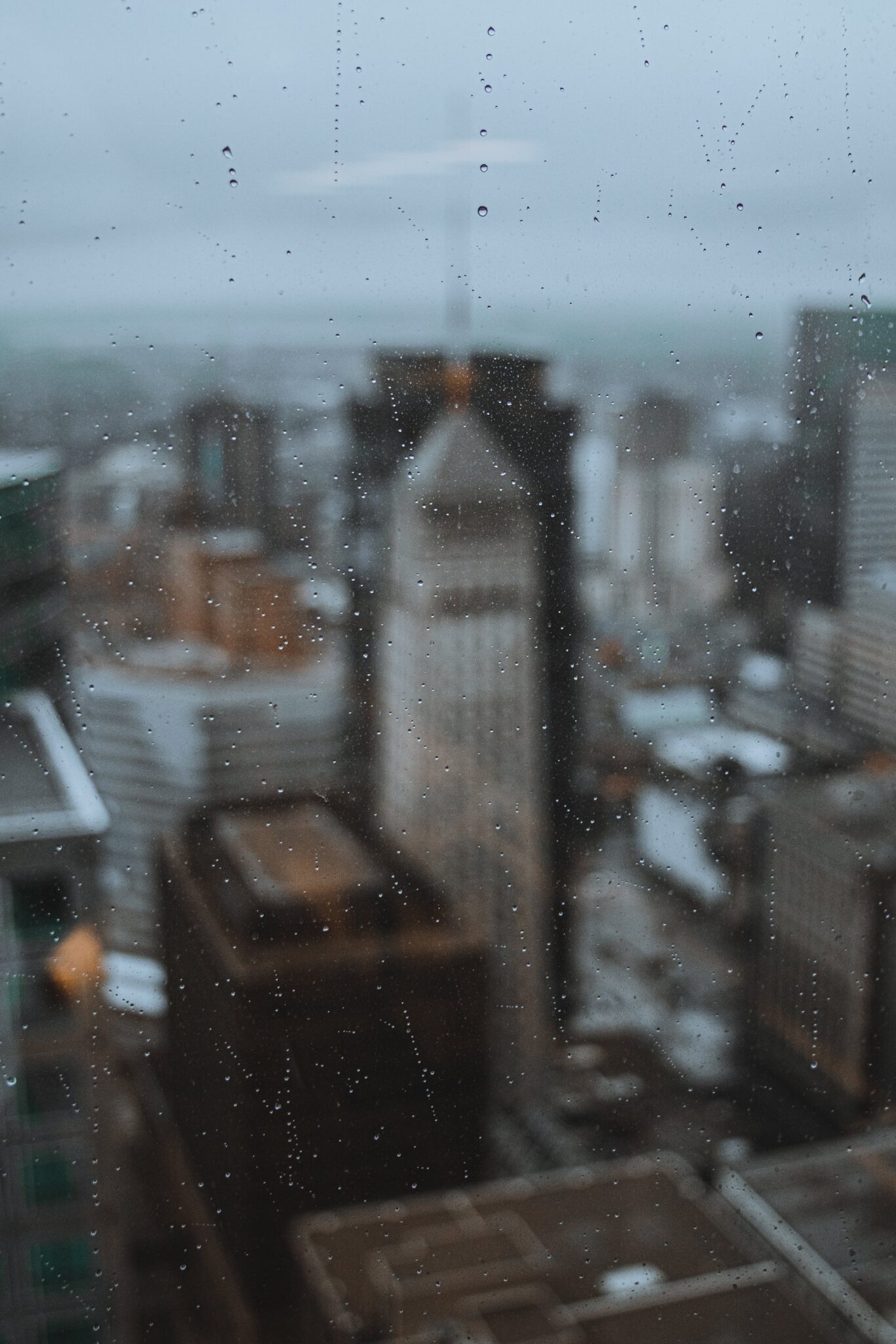 After thinking whether the story of Frankenstein is monstrous or not. It super monstrous and unrighteous. The way his is judged because of skin color and appearance is wrong. It represents our society how we literally create barriers because of color LIKE WHAT that doesnt even make sense it’s plain stupid. Frankenstein is labeled as creation that should have never been made almost exactly how colored people were viewed years ago its truly disgusting and sad.

I define the story of Frankenstein and his creation as possibly reflecting criticism of how slaves were treated. Frankenstein knew the body parts of the corpses were dead, yet he still knew he could bring them back to life. They considered slaves as not humans, yet they had them doing human labor. Something you could not get any other living thing to do the way a HUMAN would understand to do. Calling slaves unhuman was their way of offsetting the guilt and the inhumanness they knew they were doing to slaves. In the book it explained that the monster learned how to read, write, and communicate. With that came the development of thoughts, emotions, and desires for the monster. This explains why slave masters did not want slaves to read and write because they did not want them to be able to think and form opinions for themselves like thoughts of liberation and freedom.

The people in the book did not want to bother with the monster because of the way he looked. It reflects the discrimination slaves endured because of their skin color and being called non-human. The blind character in the book spoke with the monster because he had nothing to judge him by, being that he could not see. The monsters killing reflect the pain that slaves went through. Because of how the author was described as someone who opposed slavery, the book reflects how people mistreated and degraded other humans (slaves) for the selfish benefit of themselves and for the fact of just being evil.

Reading the story “Frankenstein” chapter 17 of the novel, the creature himself feels monstrous. He feels like he doesn’t belong in this society. He asked his creator to create an opposite sex for him, he wants a companion. He wants to have someone he can run away with and also understand how he feels. The creator doesn’t honestly want to do it. The creature is monstrous and doesnt fit into this world. The creator also realized what he created was horrible to this world.“Shall I create another like yourself, whose joint wickedness might desolate the world. Begone! I have answered you; you may torture me, but I will never consent.”

The article for The New Yorker, the author Jill Lepore writes about the autobiography of an infant, it is a slave narrative, it is a political commentary. In the article, I think there is a part where Douglass compares himself with Frankenstein. Around that time Black people were considered an outsider because they weren’t white. The white people treated people of color differently and looked weird to the white people. The political side of the book came around, “Much of “Frankenstein” participates in the debate over abolition, as several critics have astutely observed, and the revolution on which the novel most plainly turns is not the one in France but the one in Haiti.” The book impacted a lot of the people around the time the book was introduced.

In chapter 17 of “Frankenstein” shows how society doesn’t accept unordinary things into their society. Frankenstein’s creator shows how he regret making this creation because of his physical qualities, he wishes he never made him because of society’s impact. Chapter 17 of Frankenstein states “I do refuse it,” I replied; “and no torture shall ever extort a consent from me. You may render me the most miserable of men, but you shall never make me base in my own eyes. Shall I create another like yourself, whose joint wickedness might desolate the world. Begone! I have answered you; you may torture me, but I will never consent.” The creator is having troubles going through with the request to make another because of Frankenstein’s looks. All the monster wanted was love and compassion just like any human.

The monster describes his passion for finding answers as well as feeling like he’s a part of this world. He wanted his creator to help him find happiness by bringing another monster into the world. The creator is struggling with agreeing to these terms. The creator is afraid of what the monsters will bring upon society because he knows they won’t be accepted and the struggles for both. Although the creator understands the monster’s passion for wanting to be happy like any other human being in society.

I think that in a way Frankenstein is projecting how he feels about himself when he looks and thinks about his creation. He feels like he himself is the monster for having created such a thing. Part of his growing disgust in it stems from the fact that he knows he has killed William and knows that he’s the one to blame for it. Throughout the monster’s plea for Frankenstein’s help in making him a partner of the opposite sex, he switches up a lot, going from understanding back to disgusted and unwilling to help. Even before the monster killed William, if he had created a more “Normal” looking subject he most likely would not have fled and abandoned it. Frankenstein would’ve been trying to show the whole world what he created and try to monetize or gain fame from it.

Throughout the creature’s plea Frankenstein acknowledges that it can articulate its feelings and thoughts in a “normal” manner. However, it’s always its looks that throw him off at the end. He admits that its “Tale and the feelings he now expressed proved him to be a creature of fine sensations,” (Chapter 17) But when Frankenstein “Looked upon him, when I saw the filthy mass that moved and talked, my heart sickened, and my feelings were altered to those of horror and hatred”. (Chapter 17) This shows how he is just being ableist and judging his creation based on its looks. The value he puts on the monster is based on the outside, not on what it is capable of doing, saying or feeling which is far more impressive than just focusing on its appearance.

I think that Frankenstein is more than a “ ghost story”, in the story Victor Frankenstein said “ when I look upon him, when I saw the filthy that moved and talked, my heart sickened and my feelings were altered to those of horror and hatred. I tried to stifle these sensations; I thought that as I could not Sympathize with him” ( chapter 17 ). For me Victor is the real “monster”. Why would you create a creator that is so gross or disgusting for you. For me it doesn’t make any sense. After he created the “fiend” , as he called his own creation, he just ran away without care.

The creature said “ I’m malicious because I’m miserable. Am I not shunned and hated by all mankind?”. He knew that no one would ever accept him because of his appearance. Later he said “ I will revenge my injuries; if I cannot inspire love, I will cause fear, and chiefly towards you my arch-enemy, because my creator, do I swear inextinguishable hatred”. ( chapter 17). I think many people feel the same way as the creature. They feel alone, abandoned and disconnected from others.Those feelings could lead someone to become a serial killer. Most  of the serial killers have experienced  bullying, depression and violence in their lives. Many of them came from dysfunctional families that don’t care about them. That’s the reason I think that Frankenstein is more than a “ ghost story”  is the  reality of many people that feel that they don’t fit in this society, for many reasons apparience, personality, race, status etc.

Post your response to the excerpt from Shelley’s novel Frankenstein here.