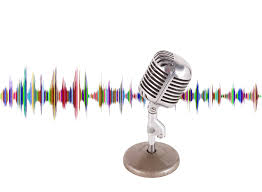 Digital audio content – podcasts – cover complex course themes, concepts, and contemporary issues in a dynamic manner that works to foster learning. Despite the portability and accessibility of podcasts, it is important to ensure that all learners are able to engage with the material.

The Activist Files is a podcast by the Center for Constitutional Rights where we feature the stories of people on the front lines fighting for justice, including activists, lawyers, and artists.

Code Switch is a race and culture outlet and a weekly podcast from American public radio network NPR.

Conviction The pursuit of justice drives two men to fight each other in the courts and on the streets of New York.

In the Dark is a podcast series that features investigative journalism and in-depth reporting.

Repairing Justice is a podcast series hosted by On the Media that questions the operation of our justice system.

Reveal is the Peabody Award-winning investigative journalism program for public radio. We’ve heard the news, but we want to know what really happened. That’s what Reveal is all about: finding out what’s going on behind the scenes, hidden from public view.

Serial tells one story — a true story — over the course of a season.

Supervision is a four-part podcast about a life on parole.

Surviving Injustice Untold stories from the wrongfully convicted. A podcast from the Centre for Criminal Appeals.

The Breakdown with Shaun King unpacks the most important stories of injustice, racism and corruption, but also tells you who’s fighting back and how you can support and join them with practical action steps.

Truth and Justice investigates a new case in search of truth and justice for victims and the wrongfully convicted alike.

Undisclosed investigates wrongful convictions, and the U.S. criminal justice system, by taking a closer look at the perpetration of a crime, its investigation, the trial, and ultimate verdict… and finding new evidence that never made it to court.

Wrongful Conviction with Jason Flom is a podcast about tragedy, triumph, unequal justice and actual innocence. Based on the files of the lawyers who represent them together with other criminal justice activists and experts, Wrongful Conviction with Jason Flom features interviews with men and women who have spent years in prison for crimes they did not commit – some of them having even been sentenced to death. These are their stories.

Except where otherwise noted, this site by Shenique S. Davis is distributed under the following license: Attribution-NonCommercial (CC BY-NC).