It took a few Hours but I managed to render a 80 to 95% accurate Mesh of The Decode Talker Sword. The handle might be too short to Two-Hand and the Geometric Pattern is off a bit.

The real issue is getting non decimal numbers for everything. If I break up the Blade and fix the math that should do it. The Diamond shape in the sword could use some work too.

Yeah they may not look like much but how do you make a city look futuristic off of current building designs. Okay there are a lot of unique buildings all over the world but really I mean, far off into the future and as if aliens/machines made it. I tried using these examples for the base.

Not the best looking images of a fast scrolling stage. I tried a few with colored lights but those make it look weird. Right now I want to make a bridge and have several Large beams and suspensions littered around the city. 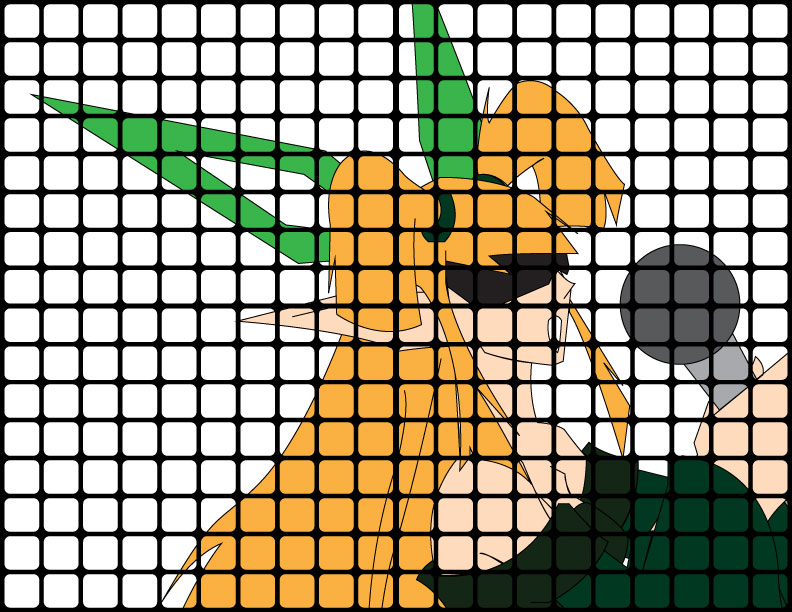 Still making images for Negative Zone Z, and I wanted to try making a image that looks like it’s being viewed from a large Screen. As you can see from the Featured image that it’s my usual Vector line work. Not too sure about the color choices for the Singer but how this City works it kinda makes sense.

Here’s the full image, pointy ears, odd colored fox theme. Not sure if I need to add a background, still it’s going to appear on a screen in the city so I should be on the right track. I wanted to have the city populated and of course to make it look large I have draw a lot or cut corners.

I have a few images to work on, before all of this I was working on futuristic buildings to make the city look more robotic. When I’m finished getting them just right I’ll make a post for those too.

After having 500+ Videos Wiped from Bitchute and Moving to Veoh, I just remembered I don’t have the Master for this Animation. Good thing Veoh just…had it and a bunch of my older work just around. 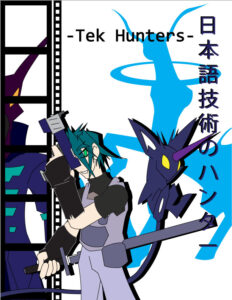 Looks like a bit much but the idea was to get the manga/old school 80’s cartoon vib. The new style (large Calves and For arms) is hard to get used to since it might make some characters look worse than if I drew them like I did years ago. Getting the halo to work with the Archangel character in the background took some time to figure out. Right now I still down know what to do about the lesser angels. I had an idea before but my flash drive gave out and I lost all of the work.

I still do have the drafts to work with but not sure if I’ll use those and modify those or make new designs. 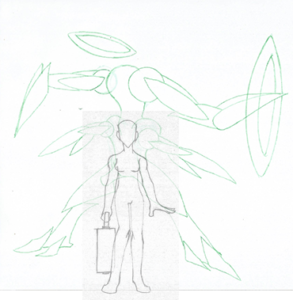 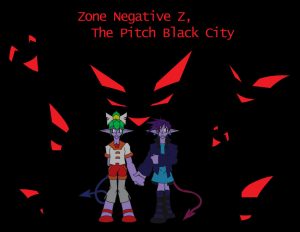 It’s been a long time since I made a Title card for an Animation. One of my old flash animations had the idea of a dimension that a single character lived that was Dark, Gloomy and possibly Evil but I barely showed off the idea in the short runtime. 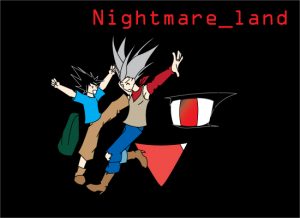 Yeah, my joke show rears it’s head but this time I thought this time I’ll try something different. So two Demon twins are transported outside of a Domed City with a long line for entry. Everyone but them seems to be a Shadow creature who only appear normally when spoken to and ONLY answer one question every 12 hours. The City is a Massive Amusement Park with Roller Coasters, Carnival Games and even Robot Dragon Rides! Besides the Robots, the twins become suspicious of the Shadows.

Whether it’s a man, woman or animal they all answer their questions but seem look similar. One of the Shadows tell them that the Ticket that they entered the City with gives them the ability to make a wish. So the Two go to the deepest levels of the City to redeem their wish… 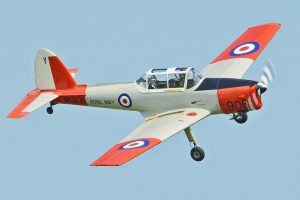 What is the name of the object?

A conventional single propeller plane, most pictures online have it painted Red and white. Others are yellow.

Who designed it? Is it one of a kind or a limited edition? Is the manufacturer listed?
Wsiewołod Jakimiuk, a Polish pre-war engineer was the principal designer. He was assisted by a design team to build the plane. DeHavilland of Canada produced

What is this object supposed to do?

Used to train military pilots, noblemen and professional movie pilots. Other than that it was used for Communications and Security in some areas of the world. A short time after WW2 this plane model was discontinued and one of the most famous accounts state that one of Art Scholl’s planes reside at Experimental Aircraft Association’s museum in Oshkosh, Wisconsin

Is the function of the object clear from how it looks?

The images on the Museum site (While it still worked) and online show it in action. DeHavilland of Canada produced 218 Chipmunks and de Havilland in England produced 1000 for various training purposes. I wonder if they took commissions from contractors to build more specialized designs.

It flies it has landing gear and it had to be very popular if Dukes and Movie Pilots (like the one mentioned in the above account) used it to train and work. Art Scholl made modifications to a third he purchased (That had to be ONE big movie expense) to change out the engine and reduce the wingspan

Think of how you would make a revised version of this object and describe it here. Do this even if you think it is perfect as it is. Do a simple sketch or diagram of the revised version, scan it with a scanning app on your phone (Evernote scannable is free and cross platform) and insert it in the post on OpenLab.

Not sure how I would modify a near century old plane for this day in age. Maybe a small scale fighter jet or a bi plane model to offset the single engine strain. 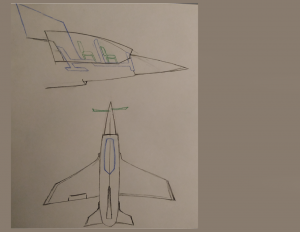 I left out my Sketch from the Blackboard post.

I finished this recently and I guess it works (well the smaller images do). Since switching styles it did make the character designs more lively. Just like my explanation of the first character the jokey nature of the situation is lost here. This is the Captain that opened the sealed container of this “Princess” and makes it his business to find out the Who, What, Where, When and Why of this whole deal. 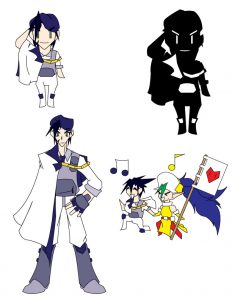 As you can see from the skipping scene this might not be the best course of action. The Silhouette version was fun to come up with, not sure if it will come out all that well thought. The Japanese style banner/flag is a odd little touch showing how odd the setting is considering how many concepts I’m using in the story. 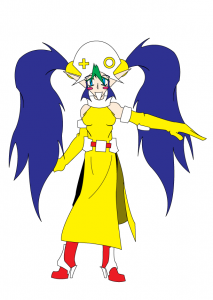 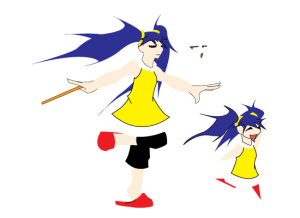 I haven’t wrote up to this point but the idea is that a military unit finds Misty is this sealed container marked DO NOT OPEN with a 9997 yr. timer even thought they’re an Elf. The Captain ignores it and has it opened to the Misty’s complete confusion. 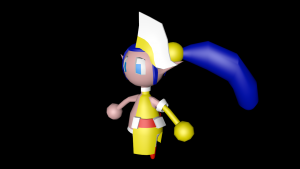 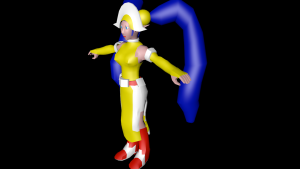 Everything this Princess knows doesn’t make sense and when it finally does it makes less sense why they were ever frozen. 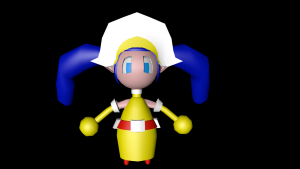 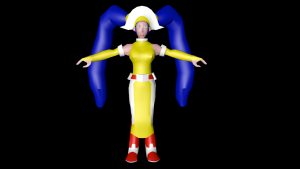 Think of it like the curiosity killed the cat deal, the main difference is instead of anyone getting killed trying to figure out who this Elf Princess is wastes their time learning about the Failed mixed up Elven Monarchy. 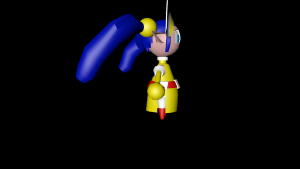 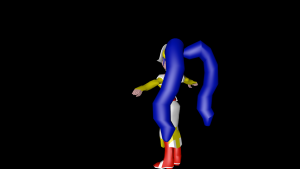 I tried my hand at using the Tinkercad engine to recreate the character. My main problem is that I like figuring out the math and angles and Tinkercad is more about simple construction. 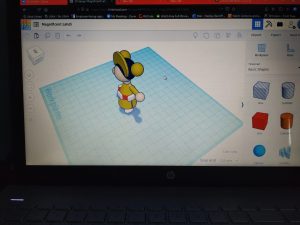 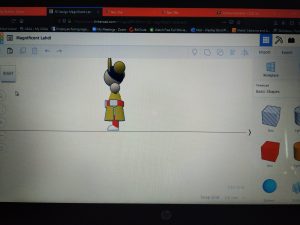 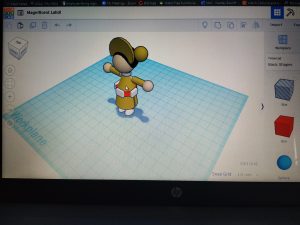 In Cinema 4D I messed around tying to get a similar character but much of it was difficult because connecting shapes requires exact side numbers, Proportion examples and patience. I tried using a different style for the mesh however. 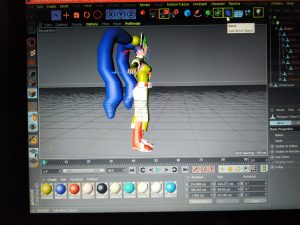 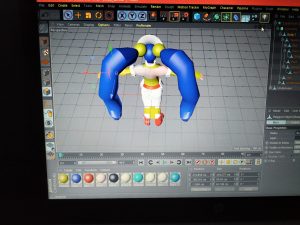 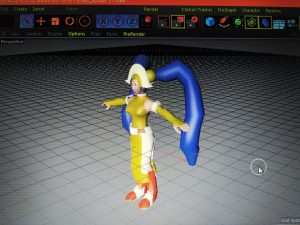 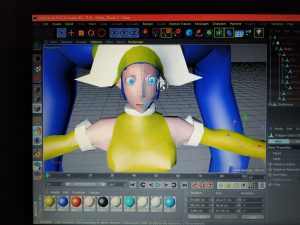 I could give making a more simple mesh another try, I’m just not sure about how to construct the Tinkercad model and transferring it just makes it a single 3D object. The same thing happens in with a Cinema 4D file to Tinkercad.