I was unable to complete Cardboard version but I believe the cardboard version would feel much easier then the paper form. I’ve seen everyone’s Cardboard model and it looks so nice hopefully in the future I can complete it on my own time. I unfortunately wasn’t able to find my original Ai file for silhouette but this cut-out is basically what it looked like and turn that simple Silhouette into the paper version. 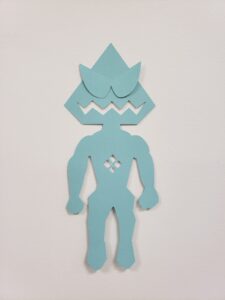 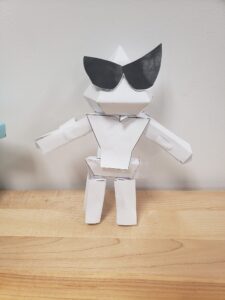 When making this it felt like a trail and error moment but once I was able to complete the head and keep it from falling apart, everything else came together much easier.

Description of the Sloth process

Step 1. Get the Idea and what is it for?

The idea for Comet came from the Jim Henson’s Muppets, Although not always their design is playful and interesting, something a child would take care of and love forever. Comet’s main use would be to interact with nearby children.

I decided on a sloth as the animal of choice because sloths have thin long arms so kids could swing him around no problem. I added a rounder stomach area to make him more soft and squeezable.

Now I’m no computer tech but with enough research I was able to get a code to use LEDs to light his nose a blue color and he responds with little one line sayings. Initial sayings is “Hey (Childs name) Would you like to play?” Or “Ready to hang out best bud?”.

3D printing was equally difficult but once started it became simpler. Started out with a round circular shape for the head with an opening for the mouth. Next of course was the arms and legs. My goal was to make the arms and legs very long lanky to where the plush could wrap and hug the child. The body area was sketched out and once fur is placed over Comet will be stuffed till he’s huggable.

The head area was my first place to work because that area would be where I’d place the Arduino board. I create a jointed mouth with 3d printed parts and rotating motor for the opening and closing of the mouth. I made a space on the top mouth part for the bread board and wiring to move the mouth. Once complete, the next step was placing the fur over and stuffing Comet. I made sure to place enough stuff to where the speaker that was inside may not be felt. Finally I attached and glued the eyes, checked the huggability and tested the arm length. Once I was satisfied, Comet the Sloth was complete. 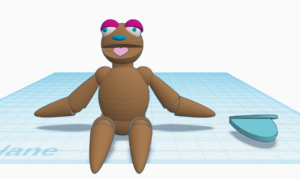 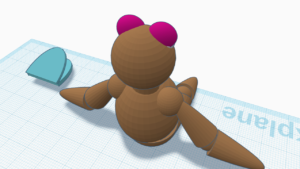 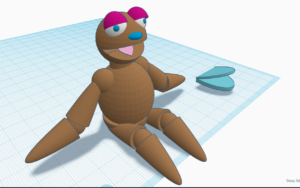 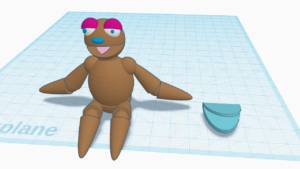 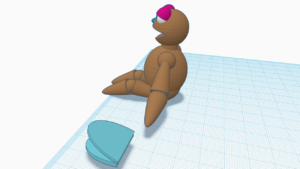 The name of your project: Comet the Sloth

Who is the target audience for your project?:Comet the Sloth is a robotic toy that is used in behavioral studies and basically a toy to help calm childen down.

A description of your project. What will it do? What will it look like?:This was designed for Childern usage but, can help adults also. As in the name Comet will resemable a sloth, I want there to be more versions but a sloth was easiest at the time.

What technologies does your project incorporate:The tech incorporated within this is motion/emotion sensory eye, voice box to ask or respond to questions  and arduino connected to mouth piece to mimic speech.

Describe your step-by-step plan for completion of this project: First I designed what comet should look like then recreate in 3D print software and printed, next built motorized mouth piece ,arms, and eye lids. Sew nice soft fabric together to make the suit, tested the functions of the motorized parts, and began to assembled the all parts to the inside. Finalize the code and voice lines. 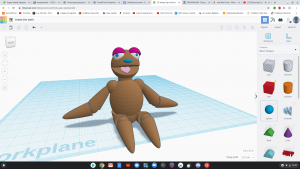 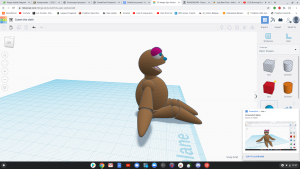 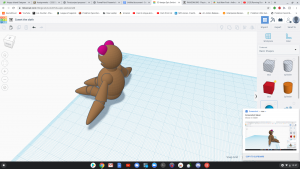 ps. sorry if i missed somethings i stayed up trying to complete this so some of this might be sleepy typing.

3.Jawbones, It was successful for a few years, manufacturer is not stated

6.Yes, because present day trackers look similar and the small size makes it capable to always track data because it stays on wrist.

7.I think because it was the first type of health tracking device it’s best to leave it how it is. 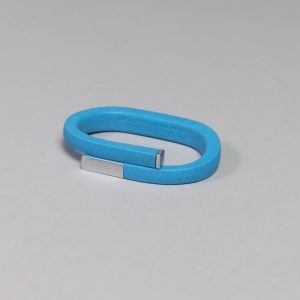